My first weekend in New Zealand was a long weekend.  Monday was New Zealand’s national holiday commemorating the signing of the Treaty of Whitangi.  Signed on February 6th, 1840, it established a British governor of New Zealand, and gave the native Maori people the rights of British citizens, and recognized their ownership of their lands and properties.

S and V’s friends own a cottage in Pauanui and were generous enough to lend it to us for the long weekend.  The trip took us on some winding roads through the New Zealand countryside, and as I have a tendency toward motion sickness, I didn’t get a lot of photos.  Along the way we did stop at the Bendon lingerie outlet, and I was pleasantly surprised at how buying some pretty skivvies turned out to be a decent cure for motion sickness.  After about a 2 or 3 hour trip, we arrived at our home away from home.  The three bedroom cottage was less than five minutes walk from the beach.  I ended up choosing the kids’ room.  Something about having the proudly framed drawings and paintings made by the homeowner’s young daughters on the walls helped to cheer me up a bit.    After we settled in and I took a short walk along the shore.

Pauanui is a quiet beach community located on the Coramandel Peninisula on the eastern coast of the North Island. I observed that even in beach towns, folks in New Zealand don’t really sunbathe.  There is a big hole in the ozone layer over New Zealand and Australia, and although it may not seem so, the sun’s effects on your skin are even more damaging here than in other parts of the world.  During my stay I applied sunscreen every day and often accessorized with a wide brimmed hat.   Apparently law requires that playgrounds in Australia are even required to have a shaded area, and that children must wear hats during their outdoor recess.

That next day we took a day trip to Whitianga, Tairua, and Hahei.  It was going to be a lot to fit into one day, so we set off early for Whitianga, a town where V could pick up some ingredients for her recipe testing.  After culinary school, and an internship at the Saveur test kitchen, V met the the folks from Food52, for whom she now volunteers her time on the weekends testing recipe submissions and reporting on them.  Whitianga was also the town where her late father and his siblings vacationed as children.  He had died unexpectedly in a car crash ten years ago, and her aunts and uncles had installed a park bench as a memorial.  This was going to be the first time that V and her mum would see it.  We sat on the bench, overlooking the water, where S and V reminisced and shared their stories with me.  I felt really honored to be a part of this moment with them.

In Whitianga, we also visited the Lost Springs Thermal Pools and Day Spa. The spa’s owner, Alan Hopper was an old family friend and was thrilled and surprised to see us.  While catching up with S and V, he gave us a tour of the property.  Sited on a former campground around natural hot springs, the spa was amazing to see.  Mr. Hopper had built everything himself, including transporting to the site and coverting and former schoolhouse to the main spa building.  In addition to the natural pools, Lost Springs boasted spa services, an on site restaurant and cafe, and even an outdoor event space for weddings and catered parties.    Even while we were there, he was at work on a new addition to the building. 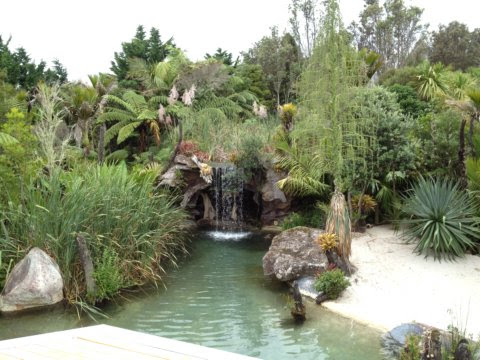 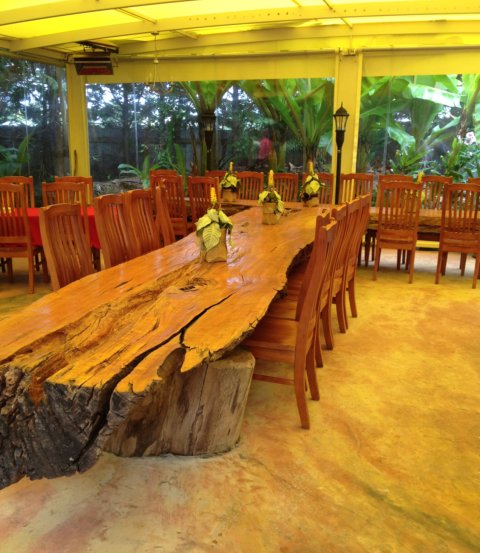 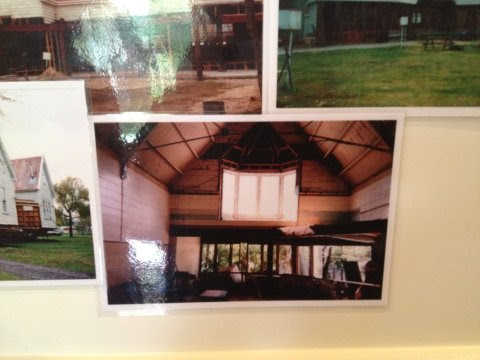 I couldn’t help but notice how deep and genuine S and V’s friendship was with Mr Hopper.  I felt lucky to have been welcomed by two such warm and generous women, who seemed with such ease,  to be able to put themselves out there for others, and who were surrounded by people with whom they clearly shared rich and fulfilling friendships.  They seemed to know everyone! This could not have been more therapeutic and eye opening for me.  I thought of how back in New York I had buried by head so deeply in the sand for so many years.  I had become this lean mean cooking machine (read: workaholic) with nothing left to offer anyone on a personal level, including myself, let alone those closest and most important to me.  I had lost touch with formerly close friends, and even grew distanced from my family.  After only three days I already felt much richer for the time I spent with S and V.

After the Lost Springs, we headed to Tairua/ Hahei to see Catherdral Cove and Hot Water Beach.  On the way we happened on a farmer’s market where one stand was selling mussel fritters, so we stopped for a peek and a snack.  New Zealand green lipped mussels are huge, and the shells have bright green edges.  Mussels are probably my favorite shellfish, and I could not resist.  While I nibbled on my fritter (which for us in the US is more like a pancake), I browsed the local cheeses, charcuterie, and produce. 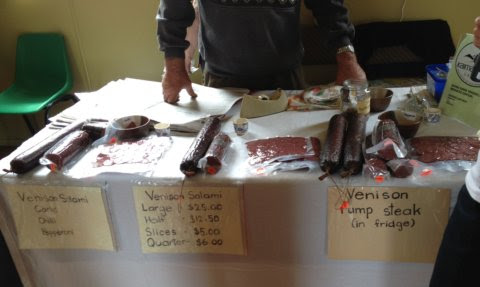 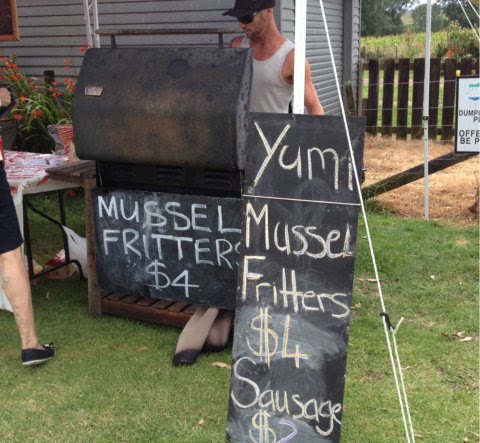 For those who follow the Chronicles of Narnia movies, Cathedral Cove just so happens to be the site of the opening scene in the second installment, and it was a perfectly gorgeous day to take in some of the majesty of New Zealand’s landscape.  V and I made the long hike down to the cove together.  The hike gave us our first chance to really talk and have a really open conversation.  For the most part it centered around the highs and lows of our past relationships.  It seemed we actually had a lot in common.  She is only a year older than me and is the older of two sisters.  Both our younger sisters were already married, and as we both approached 40 we wondered whether families of our own were in our futures.  Both of us had, whether intentionally or unintentionally, assumed the roles of sons our fathers never had and were very career driven.  Coincidentally enough we both had come to crossroads in our careers that brought us culinary school.  Also not surprising, we had had similar issues in our relationships.  She had also had one very special relationship that ended a few years ago, and had left her with many regrets that took her a long time to get over.  I was feeling the same way, so it was good to connect.  Once we reached the cove, it was crowded with holiday tourists, and wouldn’t you know it, V met someone else she knew!

From Catherdral cove, we headed over to Hot Water Beach.  It is a geothermal beach where the main attraction is being able to dig for hot water under the sand.  It turned out not to be a good day for it, because the water was so brackish and by the time we arrived it was high tide.  Not to be deterred, I was able to walk along the sand to feel for hot spots.  We found one and I was able to dig my feet into the sand and at least experience the geothermal effect, if not the underground pools.  On our way back to Pauanui, we stopped by Atomic Coffee.  Totally worth the stop, it’s a tranquil little cafe with it’s own gardens and a gift shop with some really beautiful items for sale.  I wasn’t hungry, but there were some delicious looking and hearty frittatas in the case.  Instead I picked up a cute tote bag and much needed hat.  Interesting fact:  The hat is made of UV resistant fabric.

When we returned to Pauanui it was early evening, and time to hit the beach for a salt water dip.  I was coming to love this daily ritual.  The water was still not that warm, so getting in was still kind of a shock, but I was acclimating more quickly.  Floating there, letting the waves rock me to and fro, I wasn’t scared or frightened about my future anymore.  Somehow, I felt confident that it was going to be whatever I made of it – and that I would find a way to feel safe, secure, and loved again.

That evening I practically slept through the night, waking up at 6AM instead of 4AM or 5AM.  I took some deep breaths to try to get another hour of sleep.  Later I got up to get some exercise – step one in taking better care of myself and others.  I had some coffee before heading out, and broke into tears a bit, but it was from thinking of how grateful I was that they had taken me in these two weeks.  So I took a long walk on the shore and just let myself have a good cry.  I still had a lot of regret to let go of in order to forgive myself for part I played in my own misery.  I was also having a difficult time letting go of my dream of truly spending a lifetime with someone.  My ex and I met in our early twenties and thought we would be together for life.  When he left, I pretty much lost all trust in people, and even in myself.

But here in NZ, I was slowly discovering not just the person I was, but the kind of person I wanted to be, and the people I wanted to be with.  Something about being with V and S felt right somehow.  I was exactly where I supposed to be right now, learning to trust myself and my instincts again.  I was suddenly more open, fearless, and shameless, and when I say shameless, I mean not being ashamed of who I was, and no longer afraid to share that with others so that I could have the same deep and genuine relationships S and V seemed to share with everyone around them.  I was learning to just let go of trying to control everything and listen more to my gut. It was very exciting and I was anxious to see what I was to learn on the next leg of my journey in Portland.  Surely it was no coincidence that out of all the people I have encountered over the years, that these two women, V in New Zealand, and K in Portland were the ones to reach out to me in my time of crisis.  I hadn’t known either of them very well, so how was I to know we could connect and that this trip wouldn’t be a total disaster?  I didn’t.  I just had to take a leap of faith.  And in getting to know and connecting with them, I think I was getting to know and re-connecting with me a little bit too.