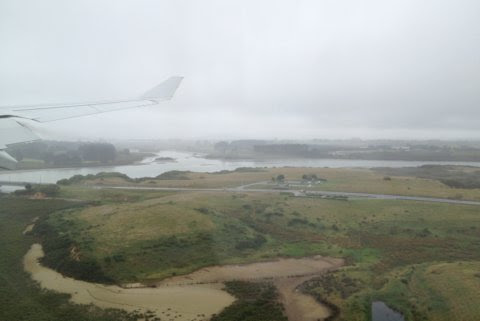 Well, the year of the Dragon did not waste any time fulfilling its promises of change.  A lot of old things in my life finally broke, ended, or just plain died this year.  It started promptly on January 1st with my ex (a dragon himself) moving out, marking the death of a relationship that had been broken for a long time. The next thing I lost was any sense of routine.  Regular blog posting was definitely not a priority, but that doesn’t mean I wasn’t keeping a visual journal of the year on my phone.  Conveniently, my first generation iPhone died a couple weeks later, so I promptly upgraded to the 4S.  What was a clean slate is now filled with photos from this year.  And what a year it has been.

I spent the better part of January mourning my old life.  Fifteen years is a long time to spend with someone to just forget one another.  We were trying to figure out if we could still have a place, or play a different role in each others’ lives, but any contact at all just created confusion and unease.  So I tried to distract myself by keeping occupied with things that I was sure made sense.  I took long walks with my dog.  I continued my obsession with testing recipes for home made pantry items such as bacon and granola.  I also made an effort to reconnect with old friends, and amazingly enough, several of them invited me to get out of town and stay with them for a while. 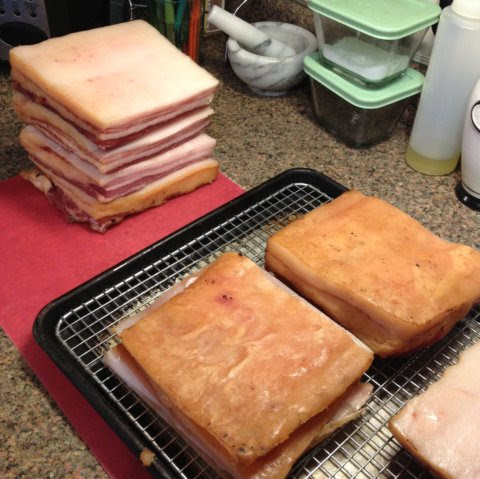 The upheaval of my home already had me reflecting on how much of my personal life I had sacrificed to my work, and how much more I was actually willing to sacrifice in the future.  At the time I was working my ass off as a sous chef in Brooklyn. I had been working 12-hour days, 60-72 hour weeks, and hadn’t taken a vacation in years.  This was one of the things in my new routine that didn’t seem to make sense anymore.  I came to realize that your work should serve your life, not the other way around.  A leave of absence was just what I needed, to travel and get some perspective.  I planned trips to visit friends in New Zealand and Portland, Oregon for February.  I wasn’t even sure if I was going to return to my current job after my leave, but my chef and executive chef agreed to hold the position for me if I decided to return.

While I was preparing for my trips, I still struggled with the ghosts of my past and finding a new routine here at home.  I was waking up every night at 4AM with anxiety, unable to fall back to sleep. I was unable to focus at work, and found myself going through the day like a zombie, just going through the motions.  I couldn’t let myself feel anything or I would fall apart and not be able to accomplish any work at all.  So I started seeing a therapist in Union Square to help me cope.  Every Monday morning I would stroll through the Union Square Greenmarket, then I would go to Hill Country Chicken for breakfast and coffee before my appointment.  What I didn’t realize until later, was that this became the anchor for my new routine.  I started looking forward to seeing what was new at the market that week, then spending fifteen or twenty minutes sipping coffee, nibbling on my Eggs Armadillo, and writing down my thoughts and the things I wanted to talk to my therapist about that day. 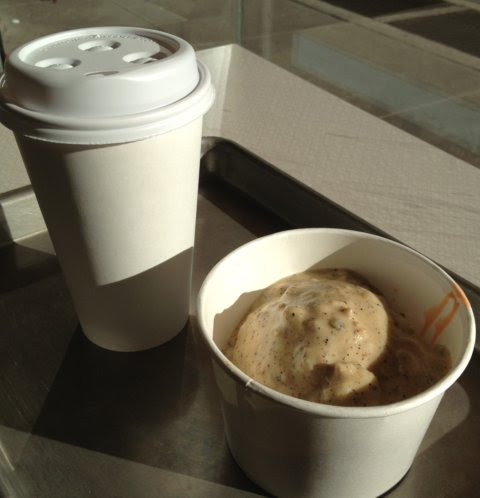 So for about an hour each week, under the watchful eye of a clinical psychologist, I just let everything spill.  Sure, I was surrounded by supportive friends and family, but being connected to me and my life, they could not be expected to be completely objective.  It was necessary to have that unbiased person to listen to what I was going through, let me go through it and not judge or try to fix things for me.   What I needed was the space to fully experience all the thoughts, issues, and emotions, rational and irrational and just get through them all.  Just having that one hour to clear some of the cobwebs from my head helped to keep me focused and present the rest of the week.

One big issue was letting go of what I thought my future would look like now that my relationship had ended.  I realized how imbalanced my life had become.  I had felt so trapped by my work, my relationship, that when I started reconnecting with friends and loved ones, and other parts of my life again it felt great, but uncertain at the same time.  I didn’t know this side of me and was afraid of charging into my new life only screw it up by repeating the same mistakes all over again.  This was exactly why I chose to get away for a while.  I needed an adventure, I needed to learn to trust myself again, hoping I would see things a little differently, a little more clearly when I returned.  I flew out on January 31st and landed outside of Auckland, NZ on February 2nd.  I didn’t know it then, but this trip would turn out to be just the first leg of a journey through even more unexpected and uncharted territory I would encounter in 2012.